Home
Products
About Us
Factory Tour
Quality Control
Contact Us

Suggestion of Zhongwo Fire Door is very professional. I got their reply for the first time within 5 hours. Very efficient!

I made a inquiry for them, and got feedback within 30 mins, so fast! And the receptionist is very considerate and professional, gave me very practical and useful suggestions! Thank you!

Wonderful service by Zhongwo! And the price of them is very competitive for me who only has limited amount of money to buy motel fire doors.

The fire doors are all in good quality and thank you for the professional installation suggestions!

Henan Zhongwo Fire Science and Technology Co., Ltd, founded in 1995, is a rapid expanding manufacturing company in fire door industry. After 24 years development Zhongwo has become a leading fire door manufacturer all over in Central China. We are always keeping good cooperation relationship with many high-end real estate builders such as Green Garden and Evergrand and many reaseach institutes such as The Architectural Design And Research Institute of Henan Province. And we have always been enjoying good reputation around our partners domestically and internationally. 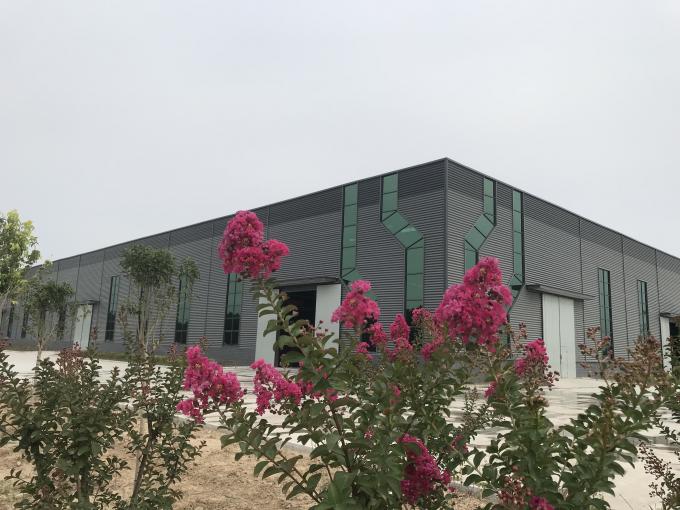 Our factory concentrate on the production of all kinds of fire doors from different materials such as galvanized steel, pine wood, chinese fir wood, 201/304 stainless steel and also fire resistant floating glass. Steel fire door is our highlight product, with advanced surface treatment such as powder coating, heat transfer printing and copper wiredrawing we win great advantage for our steel fire doors of high wear tolerance,high decoration performance, anti-damp performance and anti-rusty character and so on. As far as wooden fire door is concerned, we have painting free wooden fire door series, baking paint wooden fire door series and refuge room wooden fire door series.Now we can supply more than 100,000 fire door sets a year in our more than 50000㎡ existing workshop. We also have a new factory under construction which covers a field of 30 arces in Minquan of Shangqiu City,which is 200km away from our existing factory. By then our annual production ability can reach 300,000 fire door sets. 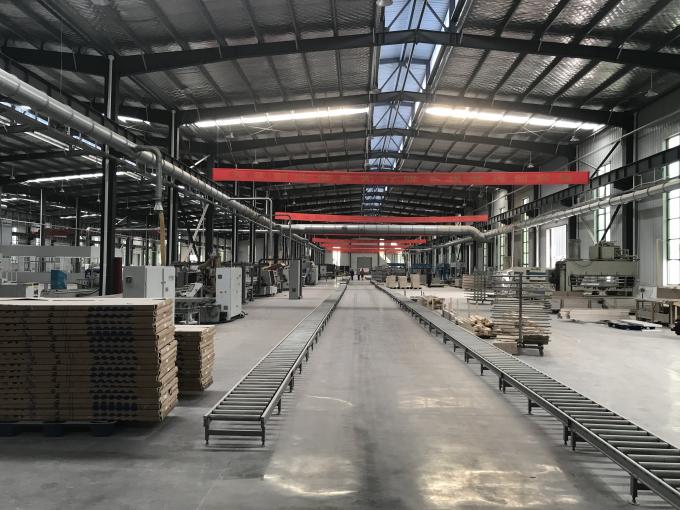 Zhongwo always adheres to the value system of “creating value for customers, building platform for employees and developing brand for Zhongwo”. Under such value system, Zhongwo keeps looking for excellent partners to influence ourselves to become better. We keep striving in order to be a fixed star in the development history of door industry. 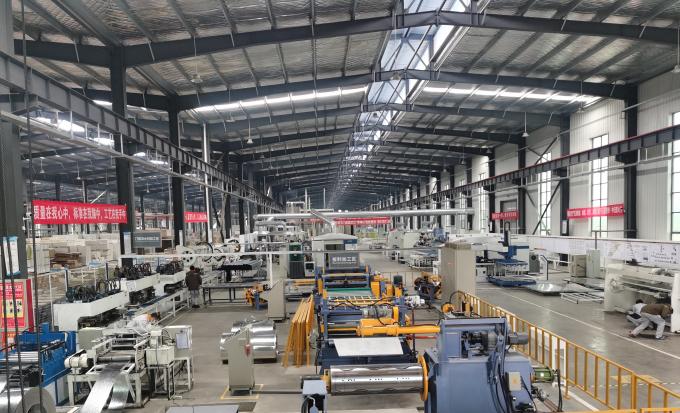 ZhengZhou TianRong Fire Doors and Windows was founded as a rural workshop beside the third ring road.

ZhengZhou TianRong Fire Doors and Windows Factory was transformed into a modern corporation: Henan Zhongwo Fire Science and Technology Ltd. It’s reformed from an Individual Firm to a Joint Stock Enterprise, since which, we stepped onto a healthy developed road.

We passed the inspection of the National Fire Control Center so that obtain a new type of certification, of which we are the first company in Henan Province to achieve that inspect.

Our products are exported to Sri Lanka, Iraq, Indonesia etc. for the first time.

The first batch of fire doors that were sold to Malaysia were off the assembly line and went out of customs;

Zhongwo entered a PLA troop to carry out the activity that "Solicitude and Recruitment for Retired Soldiers ".

After Ya'an earthquake, we held the activity that"Bless for Ya'an and Support Ya'an" and achieved a cumulative donation of more than 1.1 million RMB within company.

Zhongwo Company organizes distributors to travel to Thailand for business visits and tours;

The company's annual general meeting of shareholders was held and it’s reported that 2013 business objectives for the year were successfully completed and the task decomposition and work forecast for 2014 was completed.

It was completed that our new production base in Lankao, Henan Province.

Zhongwo cooperated with Henan Provincial Academe of Building Research to carry out experimental study on Fire and Insulation Door.

It was bid successfully by Zhongwo that more than 33 acres of standardized production base in Minquan county, Shangqiu City, and plan to set up a modern production base with an annual output of 500,000 fire door sets.

More than 33 acres of standardized production base of Zhongwo started construction in Minquan county, Shangqiu City.

In 2020, Zhongwo will rank among the top ten in China's fire doors, and strategic real estate sales accounted for 80%.

"Demands of Customers are Our Pursuit", Zhongwo has a professional service team always ready for you!

Zhongwo ensures customers 10 hours quick pre-sales response and provides free consulting. The consult items can include price, specification, delivery, installation etc. In a word, any kind of consult about fire doors can be provided by us.

Free Sample Making is available. We will send samples to our potential customers or visitors freely.

Zhongwo carries out strict quality control system which refers to quality control from raw material purchasing via production process to test&examination before delivery.

All of our raw materials suppliers must have relevant industrial certification. Besides, we will give marks every year for our suppliers, anyone who can not reach our standard will be forbidden to enter our suppliers resources in next 3-5 years.

We set specialized QC Dep. to make sure every step in production can be in top quality. Our colleague of QC Dep. will test every process during execution of each order. Once any mistake is tested, the relevant process has to be repeated and adjusted. And the responsible staff will be punished according to the severity of the mistake.

Once every detail about your inquiry&order has been clarified and the deposit has been received. We will produce your cargo in the first time. And the regular delivery time will be within 35 days.

All of our technicians have at least one year fire door industry experience, which ensures us to provide you personalized production. And we can also purchase specially raw materials of different specifications according to personalized request of customers.

For more detailed information on our fire doors, please do not hesitate to contact us! We welcome your inquiries to our email: info@firesafetydoor.com , and look forward to working with you.

Zhongwo Fire Door brings professional top talent and technology together for a highly qualified professional team. We have Certification Dep., QC Dep., Sale Dep., After-sale service Dep., and Production Dep., total about 300 people. Our professional team consists of not only technician, production personnel with at least 3 years experience in fire door industry but also about 20% of our team members are young people full of working enthusiasm and innovative vitality. 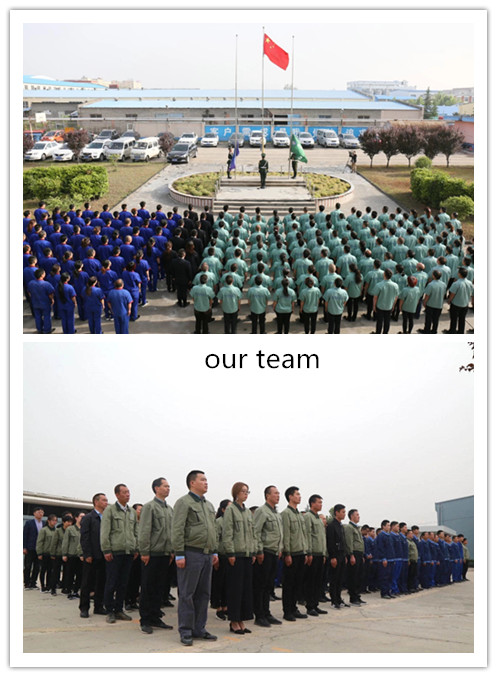 We have an entire training system for all of our team members from first-line production workers via sale-team staff to leadership members. In workshop we carry out “Development System of One Master on One Apprentice  ”, so that newcomers can reach our high quality production standard as soon as possible. For sale and after-sale personnel we organize regular training periods, the training teacher must be most experienced in fire door industry from outside or inside of Zhongwo. Besides, we established since 2013 “Zhongwo Business Institute” to admit director-level colleague in order to make them to be CEO in fire door industry. It is worth mentioning that the “Zhongwo Business Institute” is also open for people outside of Zhongwo fire door. 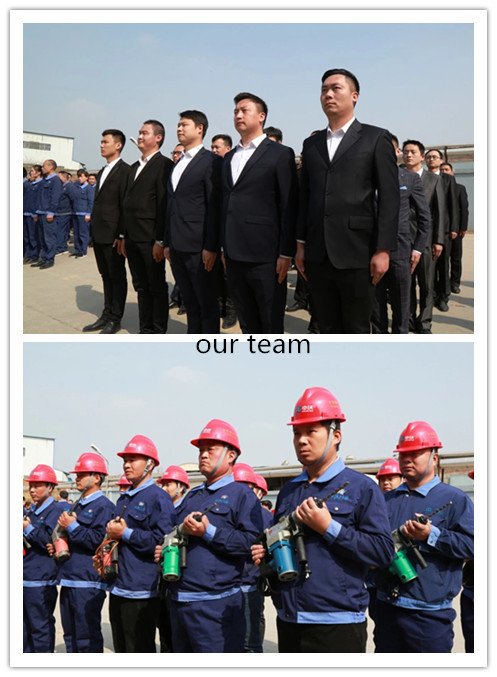 Every month we will hold one marketing analysis meeting in order to summarize the achievement in the last month and to set our goals for the coming month, of course we will also set awards for our goals in advance. If the goals can be achieved, the winners will enjoy their rewards. 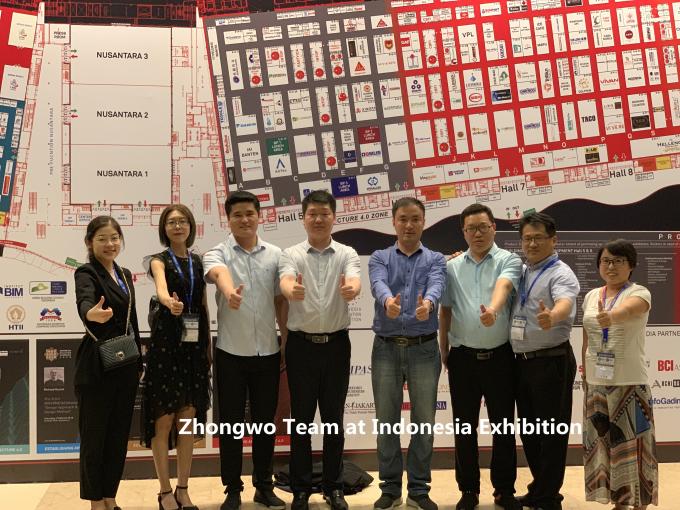